View Our Sisters below. 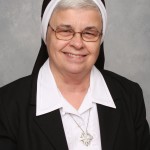 Sister Denise was born on April 15th in San Bernardino, California on her family’s farm. In February of her senior year at St. Joseph Hill Academy, Sr. Denise became a postulant, joined the novitiate that summer, and was professed in 1967. As St. Joseph Hill Academy High School’s Youth Campus Minister, Sr. Denise enjoys getting to know the students while having fun too. Sister Denise’s hobbies include singing, music, playing cards, and hosting Meditation Mondays.

Meditation Mondays are held at the Mother Franziska House of Prayer, 205 Major Avenue, on the campus of St. Joseph Hill Academy. Kindly contact to Sr. Denise at (718) 727-5700 or email [email protected] for further information. 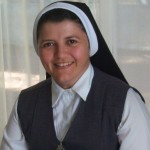 A Daughter of Divine Charity for eleven years, Sister Rita is one of thirteen children and has four brothers whom are priests. In 2008, she took a group of young people to Australia for World Youth Day, and it is one of her fondest memories. She hopes that someday she can repeat the experience with young people from the U.S. Sister Rita is involved with the Youth Group at St. Therese.

Sister Olivete is a native of Brazil and has been a Daughter of Divine Charity for 42 years. She is one of nine children and as a Sister has had some wonderful experiences. She visited the Holy Land, met Pop John Paul II, and studied at the Gregorian Institute in Rome. Sister Olivete volunteered to come to the U.S. and spent some time in the Detroit area before going to California.

Sister Janet is a native of New Brunswick, NJ and has lived in California for 23 years, but she still goes East when someone tells her to go to the ocean… once a Jerseyite, always a Jerseyite! Sister Janet is the Reading Resource Coordinator for the Primary Grades at St. Therese.

Sister Rita Meyer is a native of Perth Amboy, New Jersey.  She has been a member of the Daughters of Divine Charity for almost 50 years and has spent many of those years teaching in the various elementary schools run by the Sisters.  In addition to her teaching credentials, Sister Rita is a Registered Nurse and is an invaluable asset to the Sisters living in the retirement home.

Sister M Marlene Burke is rarely seen around the convent without her faithful companion, Shamrock, a lovable Lhasa Apso who has stolen the hearts of all the Sisters living at St. Joseph Hill Convent.  As is the case with most of the Daughters of Divine Charity, Sister Marlene spent  her active years as a teacher.  Today Sister is the Provincial Archivist.

Sister M. Hyacinthe Vamos celebrated her 70th Jubilee as a Daughter of Divine Charity in August, 2012.   For many years Sister Hyacinthe served the Congregation as an elementary school teacher.  Sister Hyacinthe was appointed provincial of the Holy Trinity Province and now serves as one of the Provincial Councilors.  In addition to her role in Provincial government, Sister is the Administrator of St. Mary’s Home in Detroit.