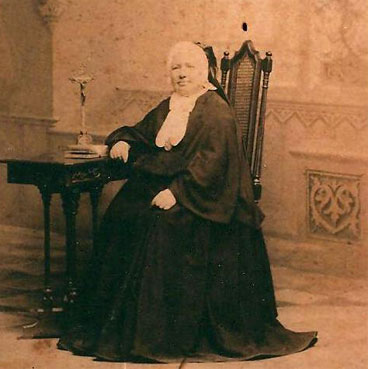 “One of the dreams of Mother Franziska Lechner was to establish a presence of the Daughters of Divine Charity in the United States.”

A woman who was very attuned to the events in the world, Mother Franziska was aware that the cities in America were growing at record pace. She knew that there was a great need for St. Mary’s Residences in these cities as well as schools to educate many of the children of immigrants from Eastern Europe arriving daily in the U.S. Her dream was not fulfilled in her lifetime but she had planted the seed in at least one of her devoted “Daughters.”

As a young sister from Italy, Sister M. Kostka Bauer, knew Mother Franziska and more importantly, knew of her “American Dream.” Sister Kostka was missioned to Budapest, Hungary in 1893 and was appointed Novice Mistress at twenty-six years of age three years later. As one would suspect, she began intense study of Hungarian but also set about learning English in the hope of fulfilling her beloved foundress’ dream of going to America. She even instructed her novices in the language, a decision that would prove fortuitous! 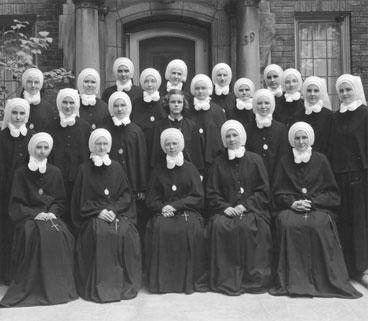 After receiving a request from Bishop Joseph Schrembs of the Diocese of Toledo, Ohio to send Sisters to care for the spiritual needs of the children of the Hungarian immigrants in his diocese, Mother Ignatia Egger agreed to send Sister Kostka and Sister M. Valeria Morvay. The Sisters arrived on October 9, 1913 and thus began the history of the Daughter of Divine Charity in the United States.

In 1920, the first of what would be three American provinces was established. St Joseph Province was formally recognized by the Congregation and Mother Kostka Bauer was named the first Provincial Superior of the newly formed Province. St Joseph Hill Convent was the seat of the provincial government.

St. Mary’s Province in Akron, Ohio began when four Sisters arrived with Sister M. Leonora Vernik to the Visitation of the Blessed Virgin Mary Parish in Rankin, Pennsylvania from a province of the Daughters of Divine Charity in Croatia. The Sisters arrived on September 4, 1926 to work among the Croatian immigrants who made their living working in the nearby Pittsburgh steel mills. Soon their services were requested by other parishes in Pennsylvania, Ohio, New York, Wisconsin and Connecticut. The Daughters of Divine Charity came to Akron on August 18, 1943 and the St. Mary Province was established in Akron, Ohio in 1950.

In the early 1970s there had been some discussion about splitting St Joseph Province into two separate provinces. Such a move seemed advisable because of the distance between the eastern convents and those in the Midwest. There was very little actual contact between the two areas and the cost of traveling from one section to the other represented a constantly growing financial burden. A series of meetings were held and it was decided to create a new province in the Midwest, Holy Trinity Province. Sisters who came from the Midwest were each given the choice to remain as a member of the St. Joseph Province, or to become a member of the newly formed Holy Trinity Province. In 1972, Holy Trinity Province was formally established and Sister M. Jerome Veres was named its first Provincial Superior. St. Elizabeth – Briarbank was chosen as the cite of the Provincialate. 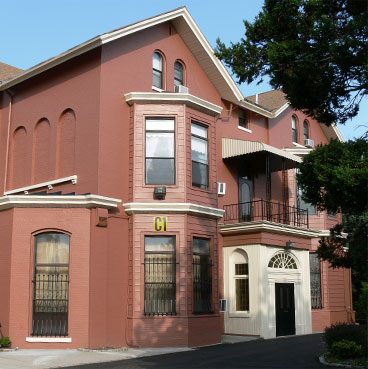 At the urging of Sister Lucyna Mroczek, Superior General of the Congregation the American Sisters have engaged in many meetings and have decided to merge the three provinces into one.